Modest Mouse comes to Fox Theater Oakland on Wednesday, 30th November 2022 as part of a series of intimate concerts in North America. The performances are part of their The Lonesome Crowded West Tour, which celebrates 25 years of their hit 1997 album. Fans are excited about this truly special occasion, and hence, ticket demand is rising. The tour kicks off on 18th November in Missoula, MT, with this Oakland performance being the last on 30th October. It includes notable stops in Spokane, Seattle, Portland and Vancouver. The American rock band will look forward to put up an incredible performance, as they commemorate a very special occasion. Catch them live at the famous Fox Theater Oakland on 30th November 2022. Get your tickets quickly before they are sold out! 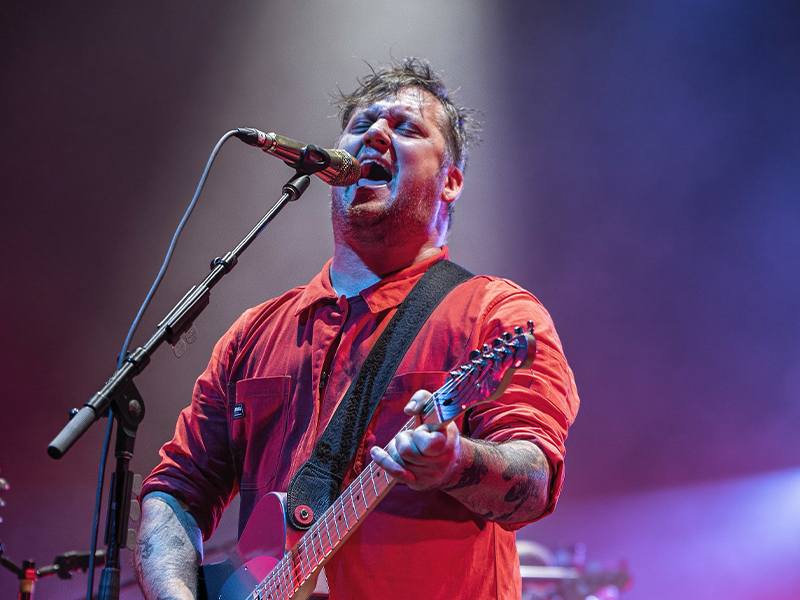 Modest Mouse was formed in 1992 and hails from Issaquah, Washington. The band’s 1996 debut album, This is a Long Drive for Someone with Nothing to Think About, was a significant success, but they achieved widespread commercial recognition with their fourth album, Good News for People Who Love Bad News. The album was released in 2004 and included hit singles “Float On” and “Ocean Breathes Salty.” However, their 1997 album, The Lonesome Crowded West, was a huge fan favourite and they are back to celebrate 25 years of it with a North American Tour.
Fans will also want Modest Mouse to perform music from their seventh album, The Golden Casket. The came out in last year, and it was their first album in almost six years. The tour will make fans reminiscent of the band’s glory days in the late 1990s and early 2000s. They have always toured extensively to support their work, and fans have responded greatly by turning up in huge numbers. They have a reputation for putting up great live performances for the audiences. Tickets are expected to sell in advance for thei November concerts and if you’re looking to catch them live, you may need to buy them right now!