If you're a fan of chillwave then have we got a treat for you! None other than the incredible Washed Out is coming to the Fox Theater Oakland on Wednesday 16th August 2017 on his “Get Lost,” tour, in support of his brand new 2017 album, “Mister Mellow”! What are you waiting for?? Hit the “Buy Tickets,” button above to get yours while they last – and get ready to catch all of the live action! 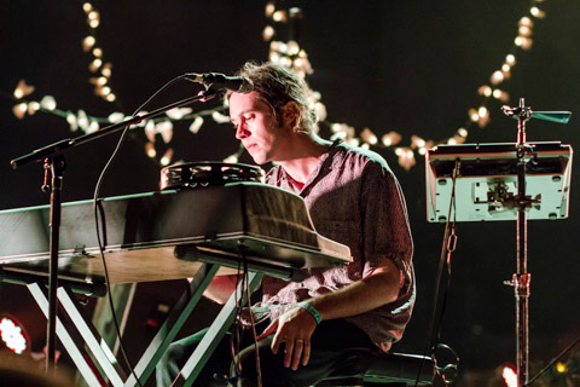 Signed to SubPop in 2011 after gaining attention via MySpace, Washed Out (otherwise known as Ernest Greene) took the music world by storm with his first album, “Within and Without.” Received warmly by critics, Slant Magazine spoke of the contrast of the album’s "warm, decades-old retrograde styles with the despondent, isolated, and decidedly modern mood of Greene's alienated narratives … Melodies and instrumentation are infused with sunny, tender basslines and mellow synths that harken back to soft, '70s-era R&B rhythms, electrified '80s pop, and synth-heavy shoegaze.”

Now, Washed Out is on tour with his third full-length studio album, the recently released “Mister Mellow”. Be among the first to catch all the new songs live – book your tickets to see Washed Out live TODAY!!