Fox Theater Oakland brings you another exciting jaw dropping event on Saturday 3rd February 2018. Stick Figure & Iya Terra!! Ready to bring the heavy reggae and dub vibes is the incredible Stick Figure! With their groundbreaking albums and good vibes, these guys are a must-see to witness live. Come and feel the bass as Stick Figure take to the stage this Winter…

Tickets are available to purchase online, book yours while you still can! 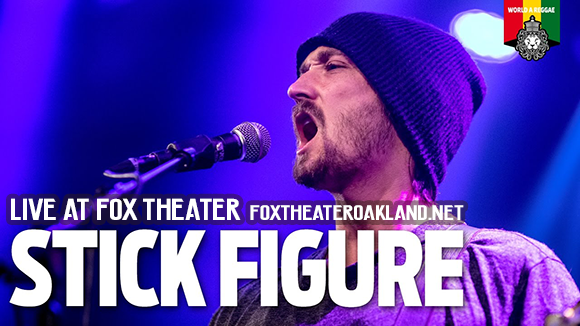 The American reggae and dub group, Stick Figure have been laying down their vibes across Northern California since day 1. After founding in 2006, the band have been transforming the roots scene and producing top albums, time and time again. They now have six albums under their belt, along with an instrumental release.

As well as on record, Stick Figure continue to shine through their live performances, always bringing a nice blend of fans, old and new to their shows. In the band is; vocalist, producer and guitarist Scott Woodruff, keyboardist Kevin Bong, drummer Kevin Offitzer, bassist Tommy Suliman and keyboardist, backup vocalist and guitarist Johnny Cosmic. And if that wasn't enough to lift the energy of the crowd, Cocoa the band's tour dog, often joins them onstage to make the night complete!

Come and get involved at one of their shows near you this coming Winter – the dates have been announced and tickets are ready to buy right here, right now…