Rina Sawayama comes to Fox Theater Oakland on Monday 21st November 2022, as part of her 202 U.S tour. The tour supports her latest release, “Hold The Girl” which comes out on 16th September and fans are anxiously waiting for it. The tour begins on 1st November from Brooklyn’s Avant Garde and the 13-date trek will wrap up on 23rd November at the Hollywood Palladium in L.A. She will perform at some notable destinations, including Austin, San Diego, Phoenix, Houston, and more. The tour announcement accompanied the release of her latest single, “Hold The Girl,” which has received immense praise from fans and critics. If you want to catch Rina Sawayama live in concert, get your tickets right now before they are sold out! 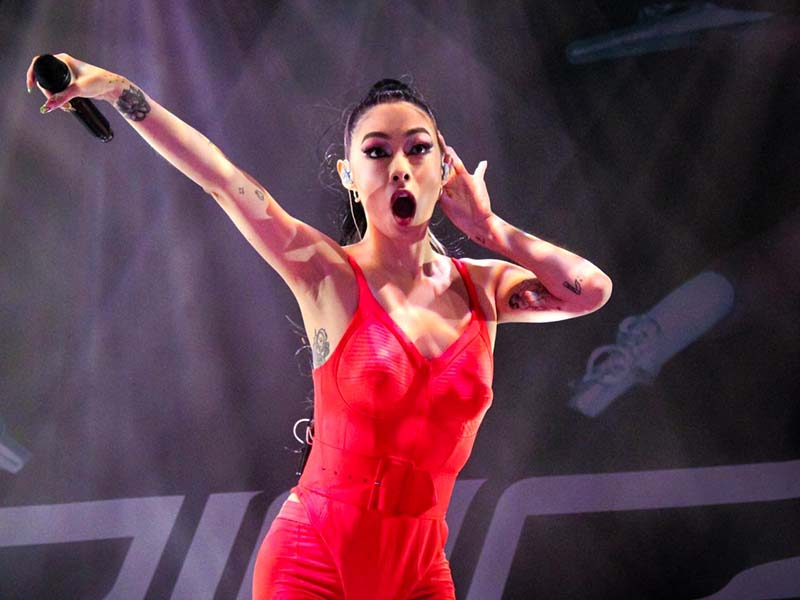 The 31-year-old Japanese-British singer has spurred great excitement among her fans with the release of “Hold the Girl”. It is the title track of her upcoming LP and serves as an amazing post-disco anthem. Sawayama also explained the thought process behind the song, as it makes a promise to her younger self that she won’t be on her own anymore. Fans are anxiously waiting to see her on stage and perform some new music for them. She has a massive North American fan base and will expect plenty of sold out shows on tour.
Rina Sawayama arrived at the music scene with her 2017 self-released debut EP, Rina. It was released to critical acclaim, and three years later, she signed her first major deal. Her debut album, Sawayama was one of the year's biggest albums and paved way for a much anticipated second studio album, Hold the Girl. She has also been on extensive tours across the UK, US and Canada earlier in her career and performed some amazing performances. She is a global superstar now and there is a huge demand for her concert tickets. If you want to catch her live, you will need to hurry up and buy your tickets ASAP to see her perform at the famous Fox Theater Oakland on 21st November 2022.