The incomparable Ray LaMontagne comes to Fox Theater Oakland on Tuesday 19th November 2019 on his Just Passing Through acoustic tour! One for the true fans, this is an amazing opportunity to see the folk troubadour up-close-and-personal in an intimate setting, as he performs a full acoustic set with accompaniment from Carl Broemel from My Morning Jacket! Ray will be joined in support by Canadian folk/roots duo Kacy and Clayton! 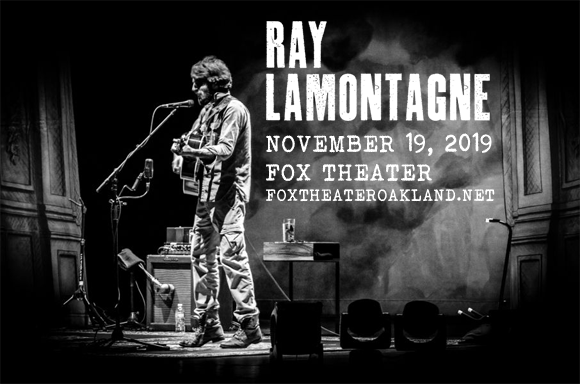 Inspired to pursue a career in music upon waking up to the sound of Stephen Stills on the radio one morning in 1999, Ray LaMontagne has since made a name for himself as a Grammy Award-winning singer-songwriter and musician. After leaving his day job that year, and releasing a ten-track demo, LaMontagne began performing locally and landed himself support slots with John Gorka and Jonathan Edwards. He released his debut studio album, Trouble, in 2004, which eventually reached the top five of the UK charts in 2006, helped by the syndication of several tracks to a variety of films and TV shows, including Grey's Anatomy and The Devil Wears Prada. His third studio album, 2008's Gossip in the Grain, is his highest-charting album, debuting at number three on the Billboard 200. God Willin' & the Creek Don't Rise (2011), his fourth studio album (released under the name Ray Lamontagne and the Pariah Dogs) won a Grammy Award for Best Contemporary Folk Album. His seventh and most recent release came in 2018 with the album Part of the Light.