Omar Apollo comes to Fox Theater Oakland on Thursday, 3rd November 2022, as part of his fall 2022 Prototype tour. The tour comes in support of his hugely anticipated upcoming album, IVORY. The Tour kicks off on 22nd October and includes notable stops in Nashville, L.A and many other destinations. His recent single, “Highlight,” instantly became an instant superhit and a huge fan favorite. The single Highlight and earlier released single, “Archetype,” are both part of his upcoming album IVORY’s deluxe edition. The album comes out on the 12th of August and fans are quite excited because they will get to hear it live for the first time at his upcoming concerts. If you want to catch Omar Apollo live in Oakland’s Fox Theater, get your tickets right now! 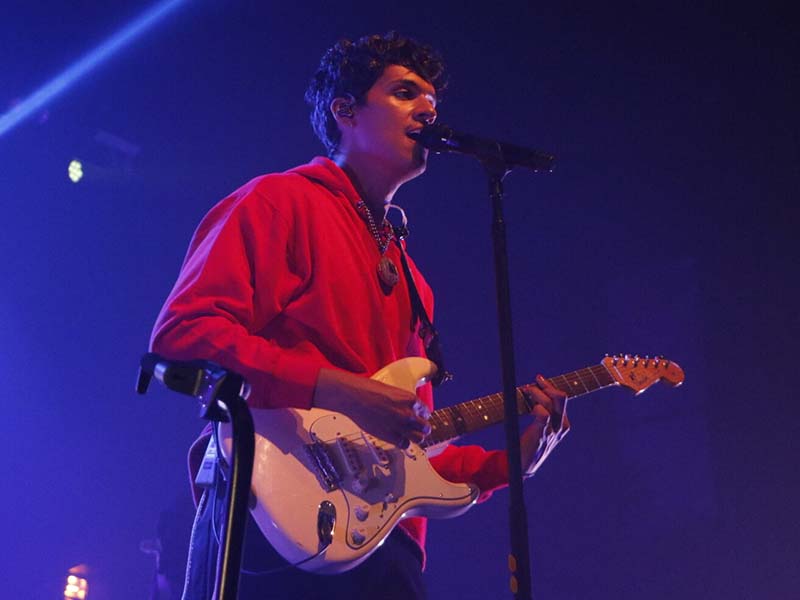 Omar Apollo is renowned for his outstanding vocals, and his recent single “Highlight” contains plenty of that. His transitioning between English and Spanish is incredible, and he brings out the most melodious of tunes for all his songs. Apollo’s debut album, IVORY came out to critical acclaim in April this year, depicting Omar’s diversity in terms of languages and genres. The album reached Billboard 200, marking his first entry into the charts. The emerging superstar has outdone himself with the album and could even exceed expectations with his live performances.
The American singer and songwriter has been one of the emerging superstars in the industry. The artist began with uploading music on Soundcloud and got his first breakthrough when he uploaded his single “Ugotme” on Spotify in 2017. The track received 20,000 streams in a day and crossed around 15 million streams in the month. This will be Apollo’s second tour supporting IVORY, with the first “Desvaldo” tour coming soon after the album's release. However, he will be celebrating the album’s deluxe edition and some new music for which his fans are pretty excited. He has already sold out notable venues and expects even bigger crowds on upcoming performances. Get your tickets right now before they are sold out!