Clear your calendars, metalheads, for the show of the year! Fox Theater Oakland is proud to host the incredible Machine Head, on tour in 2018 with their brand new album “Catharsis”! It’s been a while since these metal giants have been on tour – now prepare for a show that will be out of this world! Tickets are in high demand and selling fast – book now to be sure of your place!! 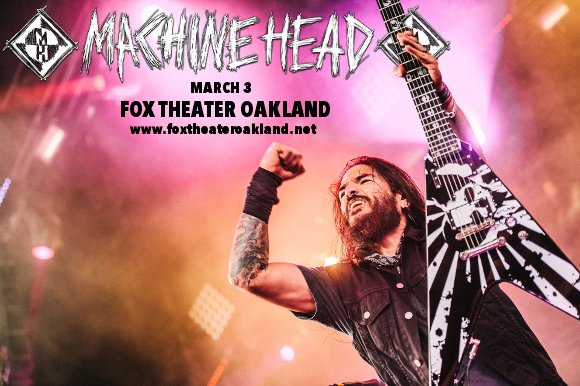 Machine Head’s new tour will be an unusual one – just several hours of seeing the band in action, with no support acts, to really treat fans after the legendary band’s long break.

“It’s been far too long since we’ve demolished venues in America,” enthused frontman Robb Flynn regarding the upcoming tour. “We have had an awesome and productive break writing our new album Catharsis, but now it’s time for Machine Head to go melt some faces!”

What are you waiting for?? Get your Machine Head tickets NOW!!