Ledisi fans are getting excited and it’s easy to see why as Fox Theater Oakland announces their live show! All of this will take place on Friday 31st August 2018 – so what are you waiting for?! Book your tickets today! 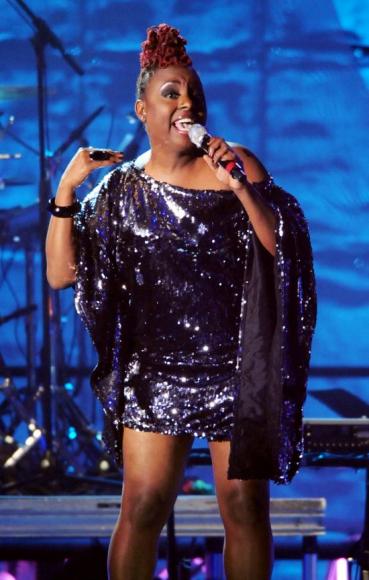 American R&B and jazz recording artist, songwriter and actress Ledisi had her career beginnings in the 1990s in a group called Anibade, which she formed with Sundra Manning (producer, keyboards, songwriting), Phoenix (LaGerald) Normand (background vocals, songwriting), Cedrickke Dennis (guitar), Nelson Braxton (bass), Wayne Braxton (sax), and Rob Rhodes (drums). The group found local success in the Bay Area with their hip-hop and soul-influenced jazz, but were unsuccessful in finding a record label to sign them. Ledisi's solo debut album, Soulsinger: The Revival, independently on her label, LeSun Records in 2000, launching four singles – "Soulsinger", "Take Time", "Get Outta My Kitchen", and "Good Lovin'". Her popularity grew as she continued to release new music, and she earned her first two Grammy Award nominations in 2008 (including Best New Artist) for her third studio album, Lost & Found (2007). Her fifth studio album, Pieces of Me (2011), debuted in the top ten of the US Billboard 200 album chart at number eight and became her first top-ten album of her career and her highest-charting album to date. Ledisi worked with fellow R&B and jazz musician Robert Glasper for the album cut "Gonna Be Alright" off of his Grammy Award-winning fifth album Black Radio (2012). She is now a twelve-time Grammy Award nominee and has released eight studio albums between 2000 and 2017. Her most recent album, Let Love Rule (2017), was nominated for Best R&B Album at the 2018 Grammy Awards and launched the singles "High" and "All the Way", which were nominated for Best R&B Performance and Best Traditional R&B Performance respectively.