Queer pop is well and truly having a moment, and Brooklyn-based singer-songwriter King Princess looks to be its new star! The 20-year-old artist, who has fans in high places in the likes of Mark Ronson and Harry Styles, comes to Fox Theater Oakland on Tuesday 21st January 2020 to perform from her hot new debut album Cheap Queen! Expect breathy songs filled with dreamy longing from this quirky soon-to-be icon! 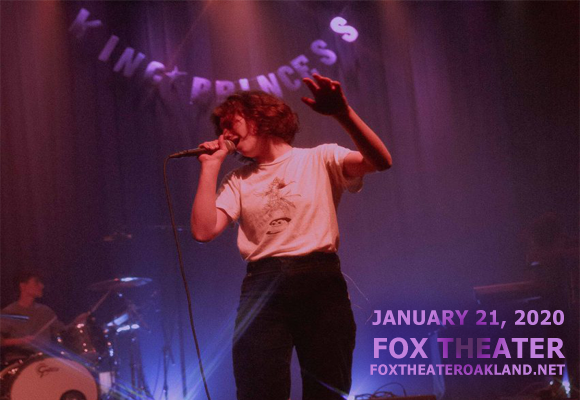 Brooklyn-based singer-songwriter, multi-instrumentalist and producer King Princess grew up the daughter of a record producer and received her first offer of a record deal aged 11. Now aged 20, she has made history as the first artist signed to Mark Ronson's label, Zelig Records. The deal was announced on the same day as the release of her debut single, "1950", which went on to be certified gold in the United States and Canada, and double-platinum in Australia, where it peaked at number 25 on the ARIA Charts. In June 2018, she released her debut EP, Make My Bed, which contained the singles "1950" and "Talia". This year, she releases her full-length debut album, Cheap Queen.