Alternative hip-hop fans, K. Flay is back!! Her all-new album, “Solutions,” is set to drop on July 12, and she’s accompanying it with a big North American tour. She’s headed to the Fox Theater Oakland in Oakland California on Saturday 7th September 2019. This show is expected to sell out fast, so don’t delay – grab your tickets while you still have the chance!! 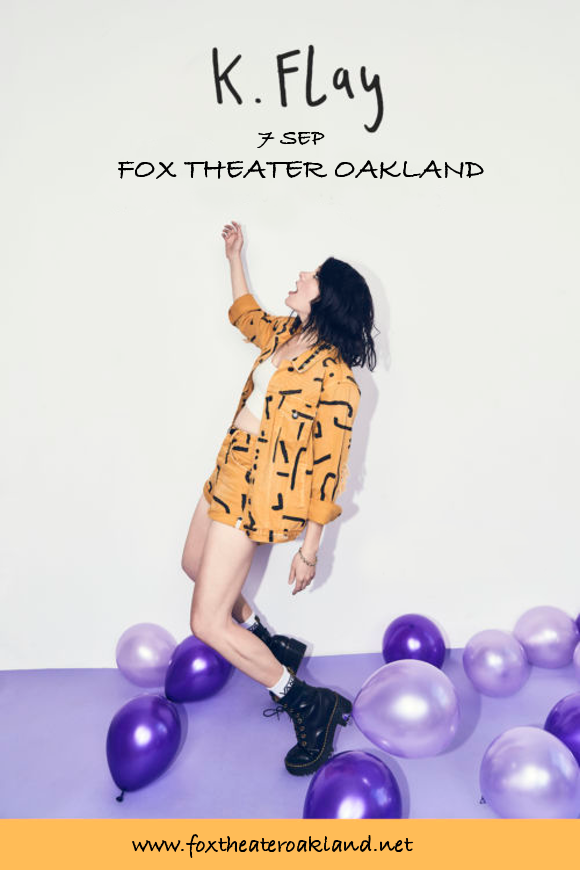 Emerging on the underground rap scene in 2003 with her self-released material, K. Flay signed with a major label in 2012, releasing two EPS before dropping the album “Life As A Dog,” which gained her critical acclaim, followed up by “Every Where Is Some Where,” which earned her several Grammy Award nominations. Her upcoming album is entitled “Solutions,” and reflects where the songwriter feels she is in her life after 3 years of nonstop touring and music.

“So many of my past records were about problems,” the rapper confessed in an interview. “Right now I’m in a place where I’m looking for some light. Balance is important. Life doesn’t have to be chaotic in order to be meaningful.”

Get ready to hear K. Flay at her latest and greatest best – it promises to be a truly incredible show. Grab your tickets today!!