Giveon comes to Fox Theater Oakland on Sunday 18th September 2022, as part of his “Give or Take” North American Tour. The artist will receive support from Jenevieve, Saleka, Fana Hues, and Rimon on the road. Fans are particularly excited about the upcoming trek as it celebrates his debut album, Give or Take. The album comes out on 22nd June, whereas the North American leg begins on 16th August in Philadelphia. The tour will go across major cities such as L.A, New York, Boston, Toronto, and many more. After the release of his singles, fans became incredibly excited and looked forward to hearing them live for the first time. Get your tickets ASAP if you want to see him live on 18th September at Fox Theater Oakland. 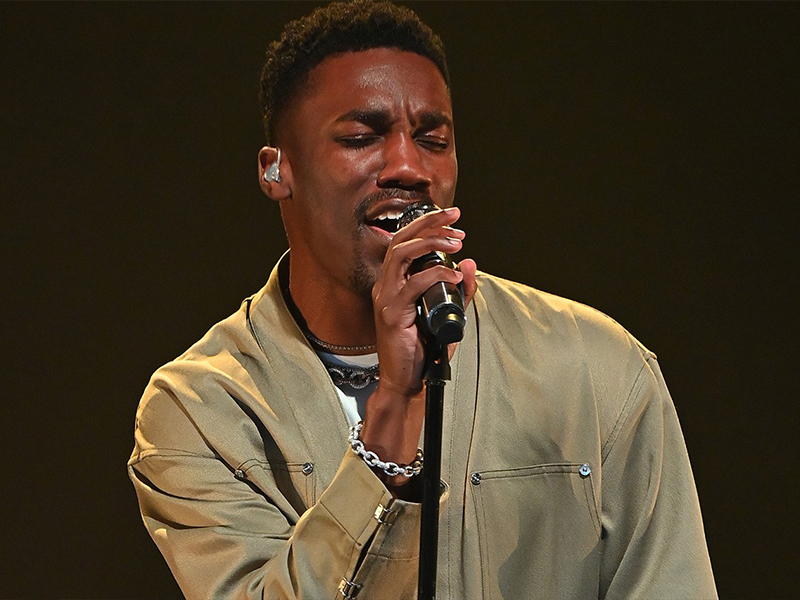 Giveon’s North American Tour is hugely anticipated by his fans as he is set to unveil his debut album very soon. The American R&B singer and songwriter gained widespread popularity after collaborating with Drake on his single, “Chicago Freestyle.” He also released Eps, Take Time and When It’s All Said and Done the same year. Take Time received a grammy nomination for Best R&B Album, and When It’s All Said and Done made it to the top 10 US R&B albums. He also featured alongside Justin Bieber and Daniel Caeser on the hit single, “Peaches,” which debuted at number one on Billboard 200.
In 2018, the young artist self-released his single, “Garden Kisses.” His talents did not go unnoticed for long, as Canadian record producer Sevn Thomas identified him and found him randomly on Soundcloud. He signed him to his record label, Epic Records, and soon Giveon was seen performing his originals for live audiences. He opened for legendary artist Snoh Aalegra on her Ugh, A Mini Tour Again. He received a lot of praise for his performance and was dubbed a natural live performer. He is expected to sell out most venues on the upcoming tour, so if you want to see him live, get your tickets ASAP!