For all those wanting a fresh twist on their R&B and soul, look no further than Blood Orange. David Joseph Michael Hynes, known as Devonté "Dev" Hynes and now by his stage name Blood Orange, is bringing his quirky electronic take on the genres to the Fox Theater Oakland Saturday 23rd September 2017! Tickets are currently available for this unique show, but be quick – they won't last long! 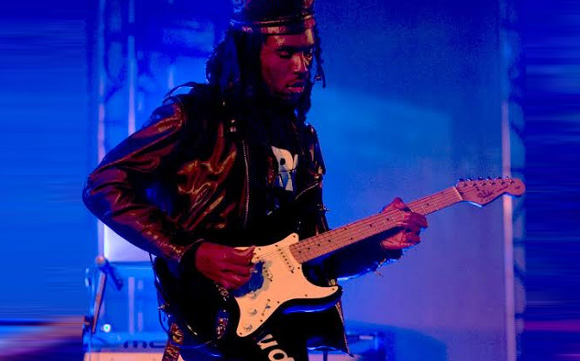 Before Blood Orange, Dev Hynes had worked as a songwriter for massive artists including Carly Rae Jepsen, Florence and the Machine, The Chemical Brothers, Blondie and Kylie Minogue, to name a few!! In 2005 Hynes launched a solo career, releasing two studio albums as Lightspeed Champion before taking the name Blood Orange in 2006 and releasing 3 more albums!

Hynes is now on tour with his most recent work, “Freetown Sound.” Received warmly by critics and fans alike, the album features appearances from Empress Of, Debbie Harry, Nelly Furtado, and Carly Rae Jepsen!!

Get ready to hear all the new material from soul’s most innovative individual – get your tickets to see Blood Orange today!!