Belle and Sebastian comes to Fox Theater Oakland on Monday 25th June 2018 for a night of unforgettable entertainment! Get your tickets today to ensure you don't miss out. 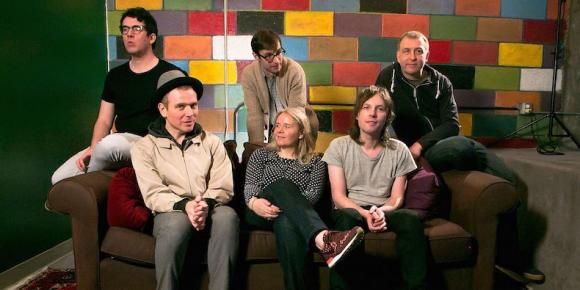 After forming back in 1996 in Glasgow, Scotland, Belle and Sebastian begun like most do by recording and releasing their first demo! With Stow College music professor Alan Rankine, they were picked up by college's Music Business course that produces and releases one single each year on the college's label, Electric Honey. After plenty of good feedback and attension for their great songwriting skills they continued to embark on their music journey by ticking off next on their list – a full length album!

Tigermilk took only three days to record and were only pressed on Vinyl and due to the bands later mainstream success and the limited amount that has ever been made – just a thousand copies. These original Vinyls (if you can get hold of them) now sell for up to £400!! Belle and Sebastian include; Stevie Jackson (guitar and vocals), Isobel Campbell (cello/vocals), Chris Geddes (keys) and Richard Colburn (drums).

Following the success of this, they were able to sign to a label in 1996, Jeepster Records took them under their wing and before you know it there was talk of their second album, was released on 18 November. Spin hit to the top of their game and pushed them into top position, being titled one of the 100 greatest albums between 1985 and 2005 and to this day is said to be their greatest record to date. As many describe it as their masterpiece.

Come and catch the talented band as they come to North America this coming summer – fans are going wild and tickets are already selling fast!