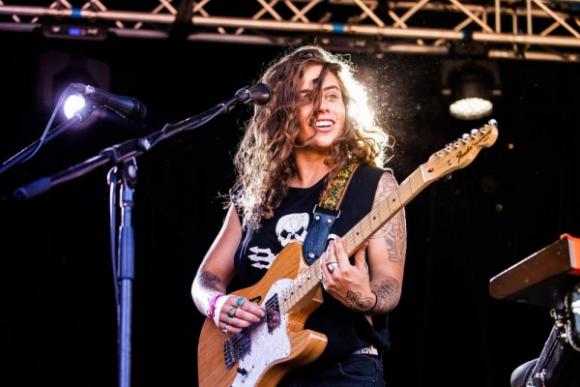 Tash Sultana has become one of the biggest names on the music scene right now… starting off in humble beginnings in her hometown of Melbourne, Australia, she turned to busking to help make a living for herself and quickly gained attention from passers by, due to her incredible shining talent! During 2008 – 2012 Tash was a part of the band Mindpilot which gave her a good starting ground, the project won Battles of the Bands competitions and pushed her name around the city. After the group split, Sultana concentrated on her own solo music again and in 2016 she was given her big break, with her video for her world-wide popular track, Jungle, she grabbed one million views on social media within just five days of it being online.

The next few years would be a crazy turnaround for the talented vocalist, beatboxer and looper, within the same year as the video release, Tash Sultana won the J Award for Unearthed Artist of the Year, as well as being voted for Triple J's Hottest 100 for her songs "Jungle" and "Notion" – both of which have become popular with her ever-growing fan base.

From an underground, local artist, Tash Sultana has rocketed into the charts and her name has spread all over the globe, enabling her to announce a worldwide tour last year and continuing this year. She has performed hundreds of shows across Australia, Europe, New Zealand, and the United Kingdom and now brings her unforgettable, showcase of tunes to the venues of North America!

Come and be a part of her special journey and show your support for her US dates as she comes to perform this Fall season… stopping off at Fox Theater Oakland on November 29th! Tickets are available to book above today – be sure to grab yours!