Synthpop and electronica aficionados, get ready for the magnificent Sylvan Esso, supported by Flock of Dimes, the solo project of the incredible Jenn Wasner, on Wednesday 23rd August 2017!! Tickets on sale now and disappearing fast – don’t wait about to get yours!! Book your tickets to see Sylvan Esso and Flock of Dimes TODAY, before they go!!! 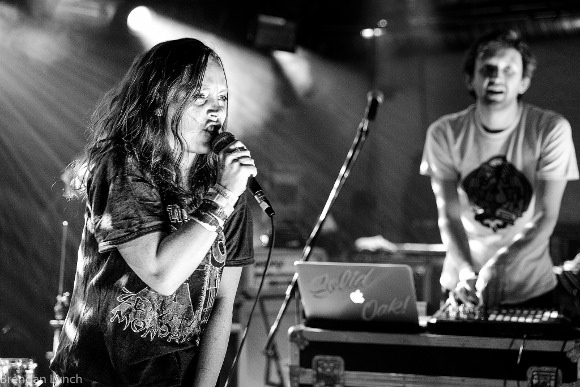 Opening the show is Jenn Wasner. One of the founding members of the indie folk band Wye Oak, having toured with acts such as The National and The Decemberists, Jenn Wasner now brings her talents to the fore in her solo project Flock Of Dimes!!

As for Sylvan Esso fans, excitement is high – the duo have been building up the anticipation to their long-awaited sophomore album for months!! Now, 3 years after their debut, “What Now,” is finally on its way, due out on April 28th. According to a press release, the album fits right in with the no-holds barred, deeply personal lyrical content of their eponymous debut, described as a work “both political and personal, and blurs the line between the two — “What Now” describes the inevitable low that comes after every high, fulfilment tempered by the knowledge that there is no clearly defined conclusion.” So far three singles have been released from the upcoming album; “Radio,” “Kick Jump Twist,” and the most recent, “Die Young.”

Listen to the new single below and be among the first to hear the new album live!! Get your tickets to see Sylvan Esso today!!