Silversun Pickups & Minus The Bear Tickets

Shoegaze rockers Silversun Pickups are coming to Fox Theater Oakland on Sunday 22nd October 2017 as part of their fall tour, with support from Seattle-based indie rockers Minus The Bear!

“Touring for this record has been amazing, and one of the biggest joys of our lives,” lead singer Brian Aubert remarked about their final shows to support their latest album Better Nature. “We’re very excited to go out one last time before we shut down for a while. It’s gonna be a blast!” 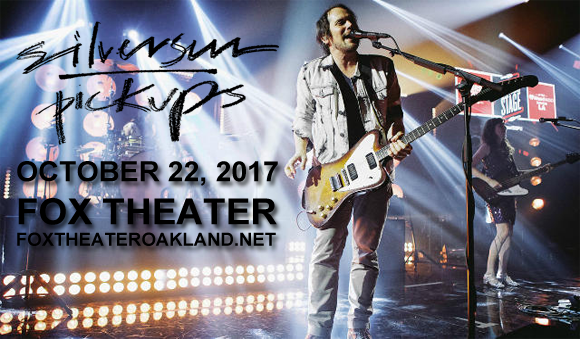 Formed in 2000, in Los Angeles, California, dream pop band Silversun Pickups has a sound that harks back to legendary shoegaze bands My Bloody Valentine and Smashing Pumpkins. To date, the band has released four studio albums: "Carnavas" (2006), "Swoon" (2009) (which received a Grammy nomination for Best New Artist), "Neck of the Woods" (2012) and "Better Nature" (2015).