If you love Needtobreathe, we’ve got the ultimate show coming up for you at the Fox Theater Oakland!! With special support from Johnnyswim and Forest Blakk, Needtobreathe are headed around the US on their Forever On Your Side tour, coming to the Fox Theater Oakland on Tuesday 18th September 2018! Don’t wait about to get tickets, as they aren’t expected to last long!! 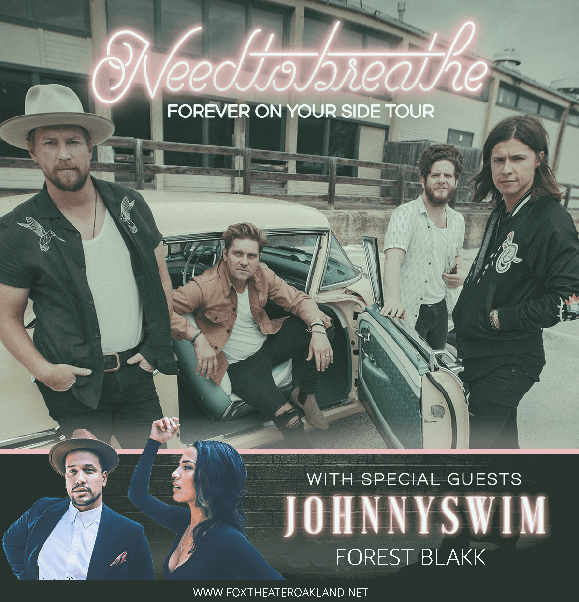 In 2006, Needtobreathe broke onto the alternative rock scene with their critically acclaimed album “Daylight.” Now, five albums and countless sold-out tours later, Needtobreathe are about to release their latest collection of songs, “Forever On Your Side (Niles City Sound Sessions)” recorded in Texas with the music producer trio Nine City Sound. Get ready to hear all the new material live at this epic concert, starting with their latest single “Bullets,” which you can listen to below!

Have you bought those tickets yet?? They won’t last – hurry!