Nathaniel Rateliff and The Night Sweats will be heading to Fox Theater Oakland on Saturday 18th August 2018 as part of an epic spring and summer tour before they drop their new album Tearing at the Seams! The soulful R&B group have gone from strength to strength since the release of their gold-selling debut in 2015, and fans can expecting exiting new material from the Denver-based band! 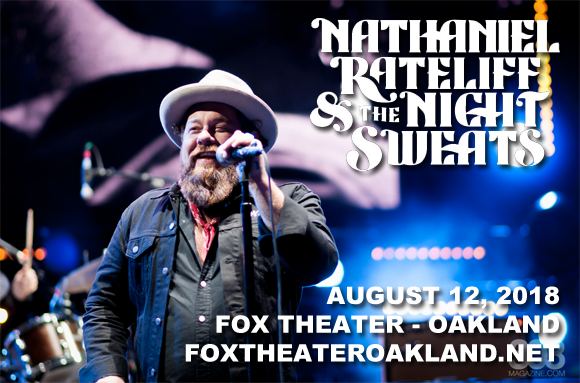 American singer and songwriter Nathaniel Ratecliff began his music career as part of a band called Born in the Flood in 2002, but despite his success with the band after the release of their debut full-length record "If This Thing Should Spill", Ratecliff decided to concentrate on cultivating a more laid-back, stripped down-feel with his "Nathaniel Rateliff and the Wheel". After two solo releases influenced by folk, Americana and vintage rhythm & blues, Ratecliff began a new soulful R&B outfit in 2013 called Nathaniel Rateliff & the Night Sweats. The band's upcoming album, Tearing at the Seams, is slated for release in March of this year.