Don't miss your chance to see the hottest new name in electronic music!! That’s right, it’s Louis The Child, LIVE at the Fox Theater Oakland on Saturday 9th December 2017! Tipped to be the biggest upcoming act of the year, Louis The Child, with support from Ashe, will give you the best future bass show you’ve ever seen! There are still tickets left, but don't delay! If popular demand is anything to go by, they WILL sell out! 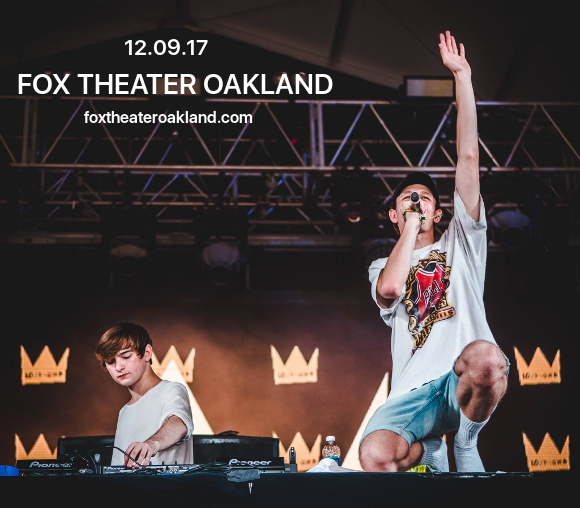 Through a stream of successful remixes, singles, and festival appearances, Robby Hauldren and Freddy Kennett, otherwise known as Louis The Child, have recently announced their latest tour in 2017, the Last To Leave tour, starting in Texas and passing through most major cities in the US!! Oakland’s special guest performer will be Ashe, known for her incredible vocal style.

Don’t miss your chance to see the biggest up-and-coming duo in the world right now! Grab your Louis The Child tickets while they last!!