King Crimson are coming to Fox Theater Oakland on Friday 6th September 2019 for the second night in a row, as they celebrate five decades of being one of the most influential bands of progressive rock! The band that inspired the likes of Tool, the Mars Volta, Primus and many more, King Crimson are still a force to be reckoned with performing live, and for this show, fans can expect a full-power setlist that runs the gamut of their incredible fifty year back catalog! 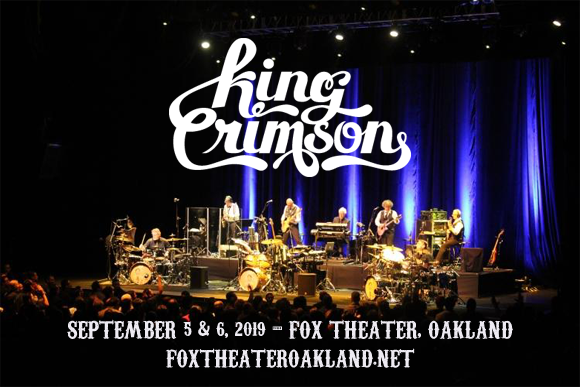 English progressive rock band King Crimson was formed in London, England in 1968. The band made its breakthrough the following year when it appeared in front of an estimated 500,000 people at The Stones in the Park, a free concert that was produced and headlined by the Rolling Stones and took place in London's Hyde Park. Three months after the show, the band released its debut album, In the Court of the Crimson King, which was well received both critically and commercially. Since its inception, the band has experienced a number of line-up changes (there have been 22 different members of King Crimson in total) and the only current remaining founding member of the band is leader and guitarist Robert Fripp. The group is considered to be highly influential in the progressive rock genre and has released thirteen studio albums since its inception – the most recent being 2003's The Power to Believe.