Clear your calendars for the event of the year! Fox Theater Oakland is playing host to the incredible Kehlani, on tour promoting her latest album “SweetSexySavage”. Catch the hottest new thing in the R&B world on Sunday 10th December 2017 – you'll be pleased you did! Get your tickets today to guarantee your place! 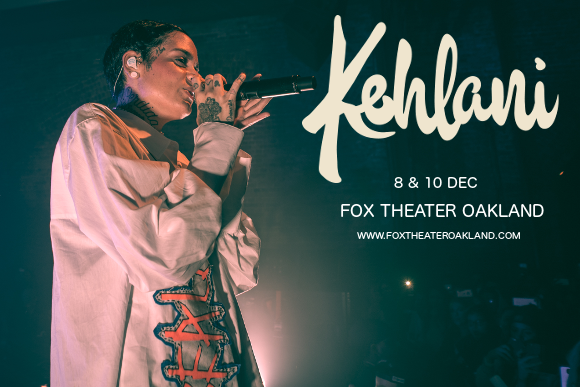 With her first mixtape, Kehlani caught the attention of music lovers and critics around the world. Her second, “You Should Be Here”, hit number 5 on the R&B/Hip-Hop chart. Her first major label studio album hit number 3 on the Billboard 200, and was received warmly by critics, with Allmusic stating that: "The lows and highs, grief and pleasure, and insecurity and pride are all put on vivid display, and Kehlani pours herself into all of it without overselling a thought.”

Get ready to experience it all live – get your Kehlani tickets TODAY!