Joe Satriani comes to Fox Theater Oakland on Sunday 2nd, October 2022, as part of his massive 2022 tour to North America. The 44-date trek supports his latest album release, The Elephant of Mars. The “Earth” tour will begin on 21st September and wraps up on 19th November. The show features performances at some of the most iconic venues in the U.S, including Fox Performing Arts Center, the Majestic Theatre, Orpheum Theatre, and many more. The artist will be supported by a backing band consisting of Kenny Aronoff (Drums), Bryan Beller (Bass), and Rai Thistlethwayte (Keyboards). Be a part of this massive tour and catch the legendary American guitarist, songwriter and composer live on 2nd October at Fox Theater Oakland. Make sure you buy your tickets ASAP before they are sold out! 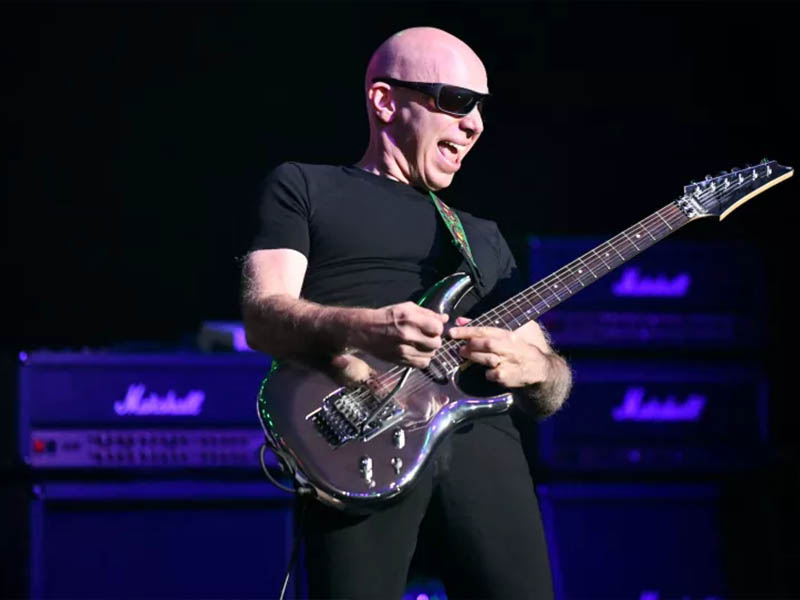 The artist released his 19th album, The Elephant on Mars, in April this year, and it was a massive hit. It included previously issued singles “Sahara” and “Faceless.” The album follows 2020’s Shapeshifting, and the artist wants to challenge himself, setting new standards for his performances this year. He is one of the most creative guitar players around, with an excellent skill set and a plethora of experience. Since the 2021 tour could not commence, the artist created two new albums, an instrumental and a vocal one.
Satriani began his career as a guitar instructor and has taught some of the biggest names in the industry who have achieved mainstream fame. They include Charlie Hunter, Andy Timmons, Kirk Hammet, Alex Skolnick, and many more. The artist then pursued a solo career in music and achieved tremendous success. Satriani briefly featured with some bands, including Deep Purple in 1993 and supergroup Chickenfoot in 2008. As a solo artist, he has 15 Grammy nominations and has sold more than 10 million albums worldwide. He is the best-selling instrumental rock guitarist of all time and a worldwide sensation. If you’re anywhere near Oakland, you cannot miss out on this performance. However, you will need to buy your tickets right now before all of them are sold out!