Wow! What a line-up! Two of the most talented singer, songwriters on today's music scene join forces to bring you, the audience a very special night ahead! Get ready to catch Jason Isbell & Frank Turner as they both come to perform LIVE at Fox Theater Oakland on Saturday 16th September 2017! Here is a showcase of English and American Folk and Country… don't miss out, it's going to be a great night… tickets are available to book right here, right now: 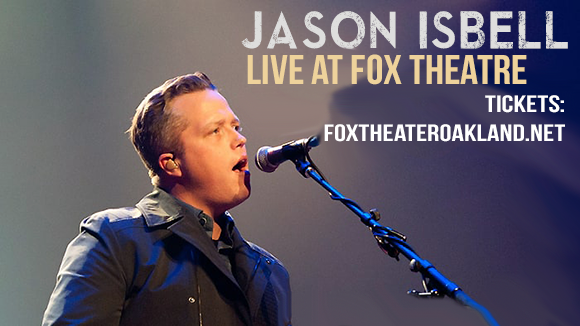 Frank Turner is a much loved songwriter, with popularity not just in the UK but all over the world. His sensational acoustic based sound has influenced and inspired many fellow artists who are doing the same thing. With his groundbreaking performances leaving everyone breath-taken and talking about it for days to come. His talented band also create a space into a transformed energetic show, joining him on stage will be; The Sleeping Souls, which consists of Ben Lloyd (guitar, mandolin), Tarrant Anderson (bass), Matt Nasir (piano) and Nigel Powell (drums).

Now, Turner has an unstoppable collection of music under his belt; six records, plus other albums including five EP's alone – there is plenty to get your hands on and get listening to before the big night!