Get ready for the “Take Me To Church” phenomenon live in concert!! That’s right, it’s none other than the incredible HOZIER, on tour in 2018 with a fresh album full of new material!! It’s all happening at the Fox Theater Oakland on the Tuesday 16th October 2018 – tickets expected to sell out fast, so don’t miss out!! Get yours NOW while you have the chance!! 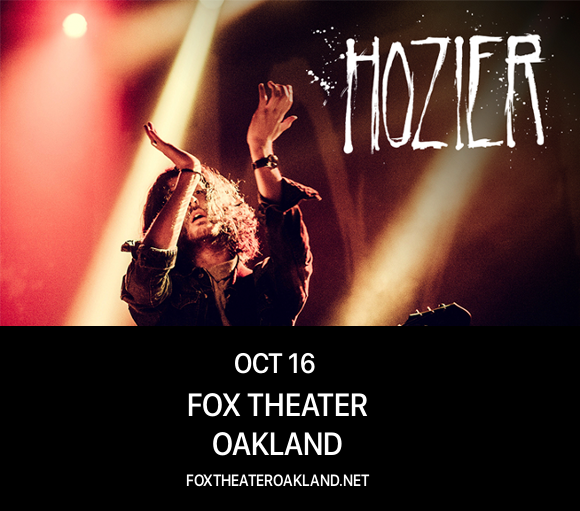 “Very excited to announce the upcoming tour for later in the year, which will coincide with the releasing of new work,” Hozier revealed in a statement. “The completion of the record is fast approaching and I’m eager to share it with everyone.” The North American tour that will start in Ottawa’s CityFolk Festival on September 15, and will hit 17 major cities across the US, including stops in Chicago, Los Angeles and New York.

What are you waiting for?? Grab your tickets to see Hozier today!!