If you're a fan of pop rock then have we got a real treat for you! HAIM are on tour in 2017, coming to the Fox Theater Oakland on Thursday 7th September!! What are you waiting for?? Grab yourself a ticket today and catch all of the live action! 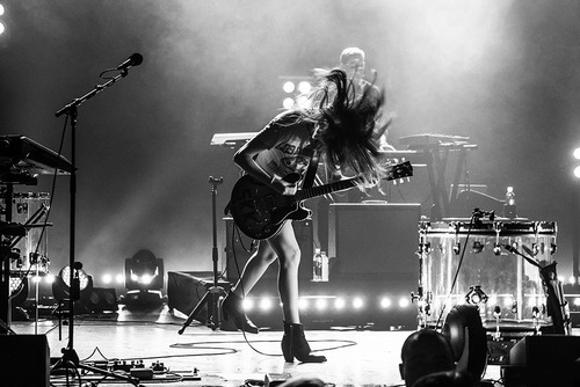 Formed of sisters Este Haim, Danielle Haim, and Alana Haim with drummer Dash Hutton, the Los Angeles-based rock band took the world by storm with their first self-released EP, “Forever”. After signing with Polydor Records, the band released their first album and started to tour, gathering a loyal fan following as they went.

HAIM are now on tour with their brand new, critically acclaimed album “Something To Tell You,” the long-awaited follow-up to “Days Are Gone Teaming up once again with producer Ariel Rechtshaid, the brand new record is heavily influenced by the death of legendary pop artist Prince’s death. “Prince’s passing was really hard, he was integral to me,” Este Haim explained. “So I found this cathartic rabbit-hole back to all his magical records.”

Tickets won’t last long – get your ticket to see HAIM TODAY while you still can!