Clear your calendars – it's the event of the year! Fox Theater Oakland is playing host to the incredible Franz Ferdinand, back at last with their long-awaited fifth studio album, “Always Ascending” – and it's going to be out of this world! Catch this once-in-a-lifetime concert LIVE on Thursday 17th May 2018!! Tickets selling fast – get yours NOW while you can! 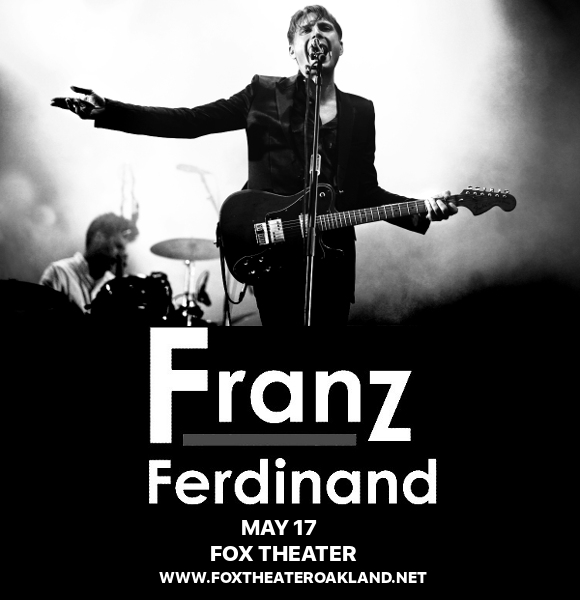 With their self-titled studio debut, Franz Ferdinand took the UK – and, quickly, the rest of the world – by storm, with the singles "Darts of Pleasure" and "Take Me Out” the latter going on to win the group a Grammy Award for Best Rock Performance by a Duo or Group with Vocal. The album itself was Grammy-nominated, and the winner of a Mercury prize. Their following albums were released to similar critical acclaim – we can hardly wait to see what they’ve got in store next!