FIDLAR are touring North America this winter to promote the release of their upcoming third studio album, Almost Free! The LA skate punk rockers release the hotly anticipated album in January next year, and have a heap of new material to play for fans when they head to Fox Theater Oakland on Friday 2nd November 2018! The band will also be joined by Dilly Dally & The Side Eyes in support! 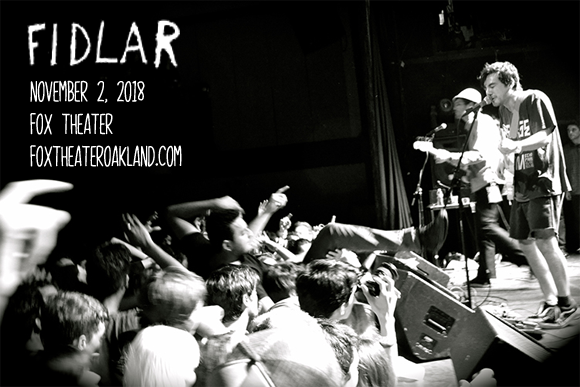 Taking their name from a skaters' mantra: “F*** it dog, life's a risk”, FIDLAR are an American punk rock band that formed in Los Angeles, California in 2009. Beginning as a duo, the band was formed when Zac Carper (vocals, guitar) and Elvis Kuehn (vocals, guitar) met when they were both working at a recording studio. Carper and Kuehn began writing and recording together after work and posting the results online. Over time, Kuehn's brother Max joined the group on drums, and Carper's friend Brandon Schwartzel joined on bass. They released their debut EP, DIYDUI, in 2011. By the next year they were listed as one of Stereogum's 40 Best New Bands of 2012. They have released two EPs and two studio albums to date, with their third studio album, Almost Free, due for release in January 2019.