There’s only one place to be if you’re a fan of Dispatch and Nahko Bear on Tuesday 21st August 2018!! That’s right, with Dispatch headlining, Nahko Bear with his band Medicine For The People and the phenomenal opening rock duo Scatter Their Own, this promises to be one very special concert at the Fox Theater Oakland!! Fans of roots music simply can’t miss this one – grab your tickets now as they’re going to disappear fast!! 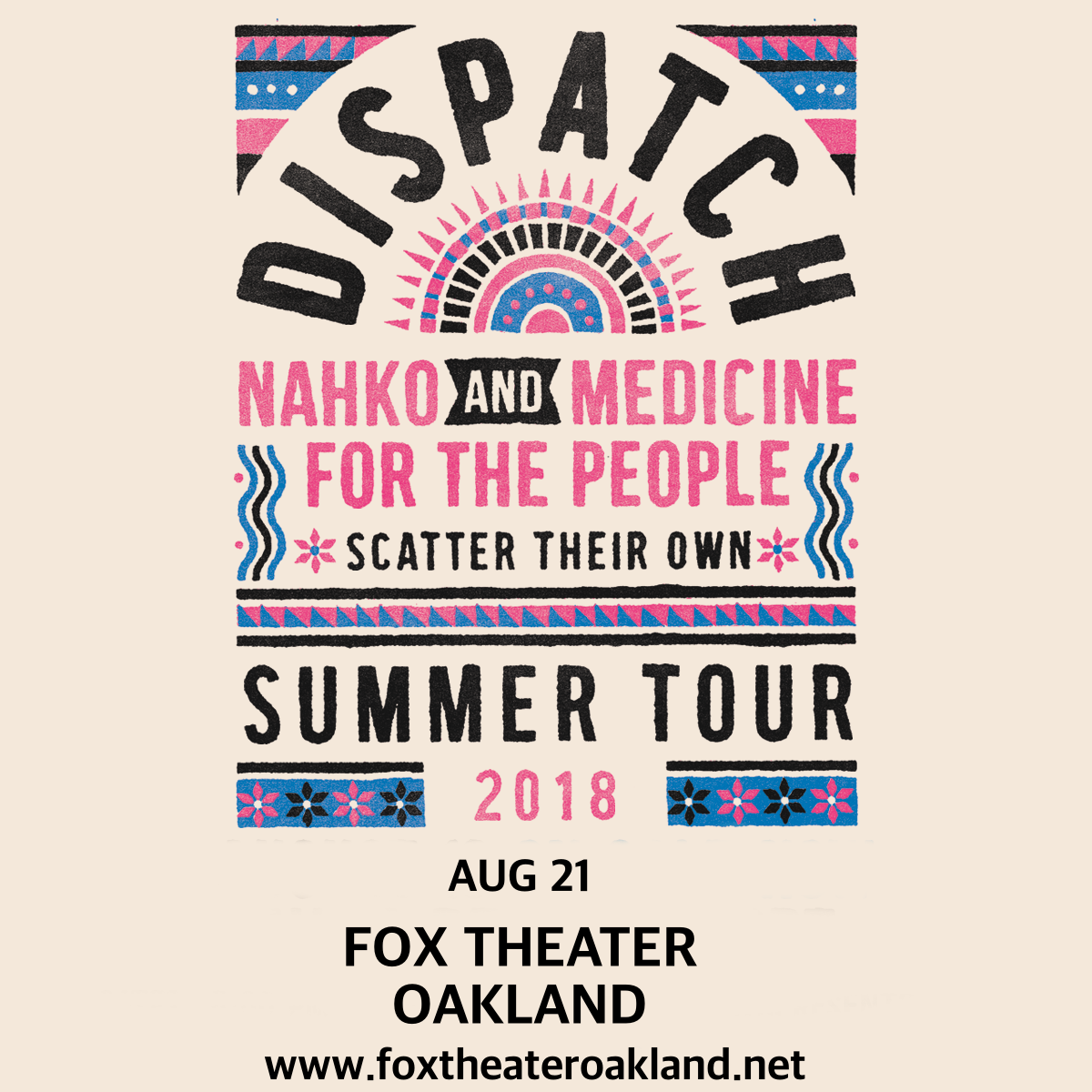 Formed in 1996, Dispatch established a strong fan following up until 2006, where they disbanded for almost a decade, with a few heavily-attended reunion concerts. Happily for fans of the band’s truly eclectic blend of reggae, flamenco, rap, and folk sound, together with their improvised style of performing live, the band are back together for the forseeable future, with a massive 2018 North American tour. With support from Nahko and Medicine For The People and Scatter Their Own, this is going to be a truly unmissable show!!

Get your tickets NOW!!