There’s nothing better than seeing your favorite artist take to the live stage…. so if you love Dirty Heads then be sure to head on down for Thursday 27th September 2018! No doubt this will be yet another unforgettable performance at Fox Theater Oakland! This band is bound to blow you away… Tickets are now available for the big night – have you got yours?! If not, grab the last remaining and purchase online today. 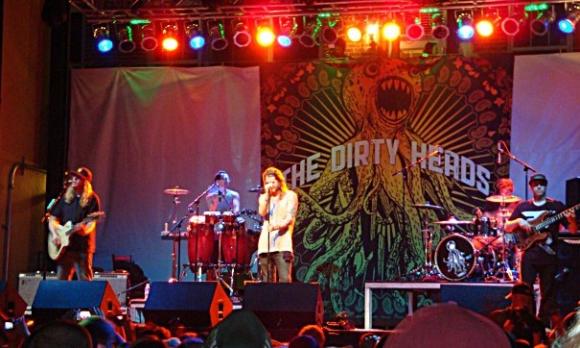 The California Reggae group – Dirty Heads are returning to the stage for the summer of 2018 and you can be a part of it as they hit up a venue near you!

Hailing from Huntington Beach, California, these guys never fail to give 100 percent and bring with them that summery sound yet with an effortless Hiphop vibe. Starting off their career back in 2008, these guys released an album to the world titled, 'Any Port in a Storm', through the record label, Executive Music Group (Fontana/Universal). Building a solid fan base ever since their initial beginning on the music scene, helped to spread the word far and wide and transformed them from a local support act to a headline name in their own rights. 2018 showcases just that as they are more than ready to head out onto the road and stop off at some of North Americas biggest and best venues for a big night of all time entertainment, with some of their biggest tracks to date and plenty of new material from their latest album, Swim Team which came out just at the end of last year!

Their upbeat alternative, ska, reggae fusion sound brings to mind the likes of fellow artists such as; Sublime with Rome, 311, and Pepper and have toured with groups such as Cobra Starship, AER, and Gym Class Heroes.

Come and catch them LIVE!!