Talking Heads fans, are you ready for David Byrne?? The new wave artist is on tour with his latest album “American Utopia,” coming to the Fox Theater Oakland for two special performances, starting Thursday 16th August 2018. Tickets available now – don’t delay in getting yours!! 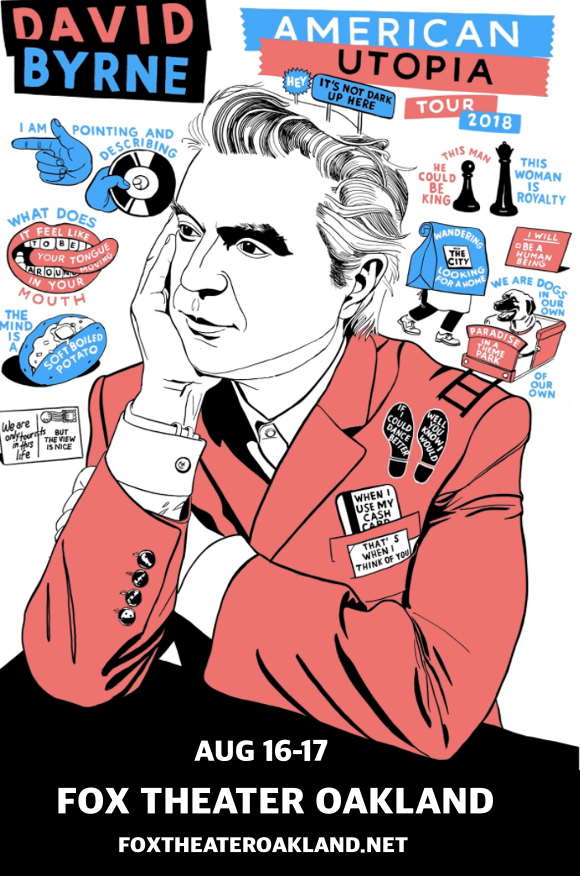 Best known as the frontman of the Talking Heads, with whom David Byrne achieved global success, and for his highly distinct singing voice, the multi-instrumentalist has continued on to have an incredibly successful solo career. “American Utopia,” is his eleventh solo album, and his first since “Grown Backwards,” in 2004. Referred to by The Arts Desk as “a muscular and quirky return to form,” the album became David Byrnes first solo effort to hit the top 10 of the Billboard 200!

Don't miss out on your chance to experience all of David Byrne’s new material live – get your tickets for August 16th NOW while they last!