YouTube sensation Conan Gray comes to Fox Theater Oakland on Tuesday 10th December 2019 to perform his dreamy, but bouncy electro-pop live! This show is a must for any fans of the social media star – Conan is an engaging live performer whose Comfort Crowd Tour sees him performing brand new material from his upcoming debut album, as well as the songs that brought him online fame! 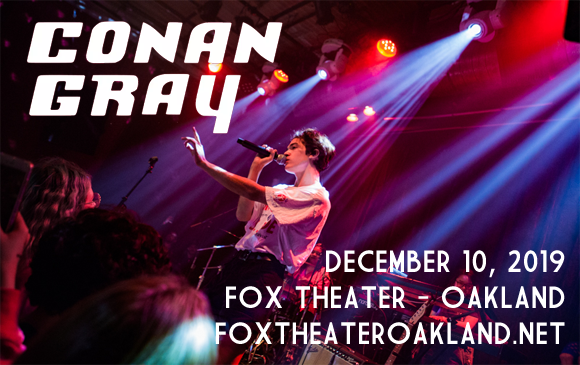 First coming to public attention in 2013 on his YouTube channel, American singer-songwriter Conan Gray has become a huge hit with his sad, but perky, electro-pop. Starting his vlogs at age 15, Gray began posting original songs two years after he began vlogging, and has built up a vast social media presence over the years, with over 1.3 million subscribers as of 2019. At first, Gray's songs were stripped down and acoustic, with voice and ukulele or guitar, but over time he his sound, skill set and presentation have evolved to incorporate electronic production and glossy music videos, some of which Gray has written, directed and edited. He released his debut EP, Sunset Season, in 2018, which included the singles "Generation Why" and "Crush Culture."