Exciting announcement! Chicano Batman are on their way to Oakland as part of this year’s Fall tour!! With Khruangbin and The Shacks as support, they’re about to rock the Fox Theater on Friday 10th November 2017! That's right, it's time to catch Chicano Batman LIVE so be sure to book your tickets as they are bound to sell out! 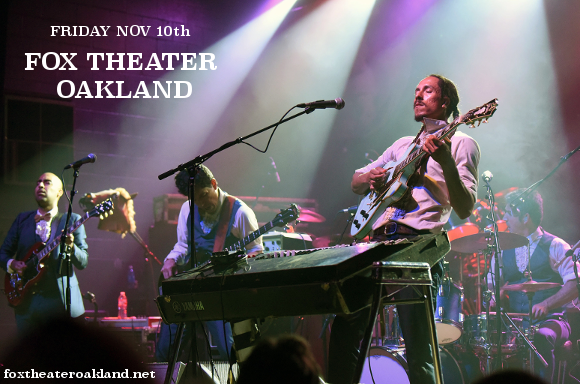 With their eclectic music spanning a range of genres from psychedelic soul to funk to rock n’ roll, Chicano Batman were known as “LA’s House Band,” attracting a large following in their hometown before news of them spilled over to the rest of the United States.

“We’re trying to bring something that’s from our heritage,” frontman Bardo Martínez explained, regarding their fresh, yet somehow familiar sound. “Everyone knows that black people have the funk and soul, but we’ve got that too. In the 70s in Latin America people were getting funky and getting down. We’re showing people that that exists.”