Heads up ladies and gentlemen!! The incredible Camila Cabello is about to embark upon her very first solo tour!! Dubbed “Never Be The Same,” after the first track of her debut self-titled album, the tour will bring her to the Fox Theater Oakland on Friday 13th April 2018!! Make sure you’re there – grab your tickets NOW while you still have the chance!! 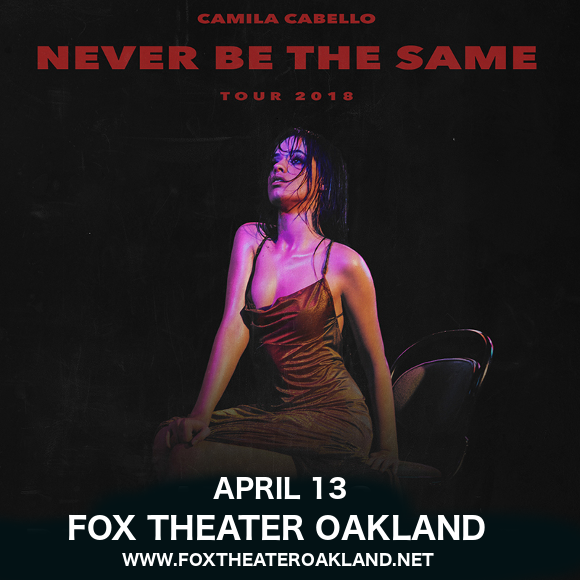 Rising to fame as a member of the girl group Fifth Harmony, Camila Cabello embarked upon a solo career, releasing the collaborative song "Bad Things" with Machine Gun Kelly followed by the single "Crying in the Club," both to significant success. Her big breakthrough really came when she refocused on her Latin sound and released “Havana,” – the smash hit that hit number 1 in the US and the UK and many others!! Now, she’s going on tour with her debut solo album!

Get ready to experience it all live – have you got your tickets yet??