It's been a big year for indie-flok singer-songwriter Angel Olsen, who not only found a taste of the mainstream through her dark-disco collaboration with "True Bule" with superstar producer Mark Ronson, but also released her brand new album, All Mirrors! This winter, she heads to Fox Theater Oakland on Saturday 7th December 2019 in support of the new album, which features her straight-to-the-heart-of-it lyrics and perfect blend of Appalachia-meets-garage-rock! A must-see live! 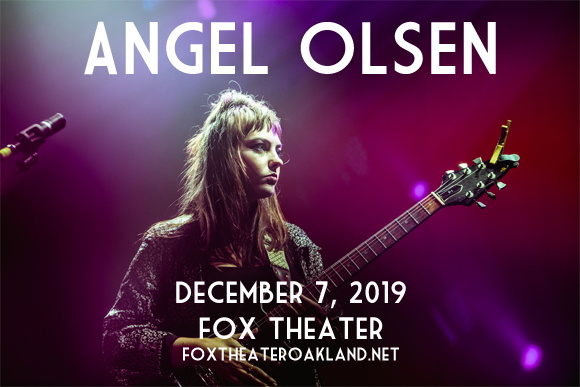 Finding her breakthrough in 2014 with the release of her second studio album, Burn Your Fire for No Witness, American indie-folk singer-songwriter Angel Olson made her debut in 2010 with the EP Strange Cactus. That same year, she appeared as a backing vocalist on Bonnie "Prince" Billy's album The Wonder Show of the World, and she worked with him again the following year on the album Wolfroy Goes to Town. Her own solo debut album came in 2012 with the independently released Half Way Home. Her third studio album, My Woman (2016), appeared on 16 Best Albums of 2016 charts and peaked at number 4 on Billboard's Independent Albums, Top Rock Albums and Top Alternative Albums charts. All Mirrors, her fourth studio album, is released in October 2019.