Andrew McMahon in the Wilderness Tickets

COMING LIVE to Fox Theater Oakland on Thursday 21st March 2019 – that’s right, it’s the brilliant Andrew McMahon with his project Andrew McMahon in the Wilderness!! He’s on tour with his latest album, “Upside Down Flowers”. It’s going to be a phenomenal show – don’t miss out!! Grab your tickets today and get ready for a concert you’ll never forget! 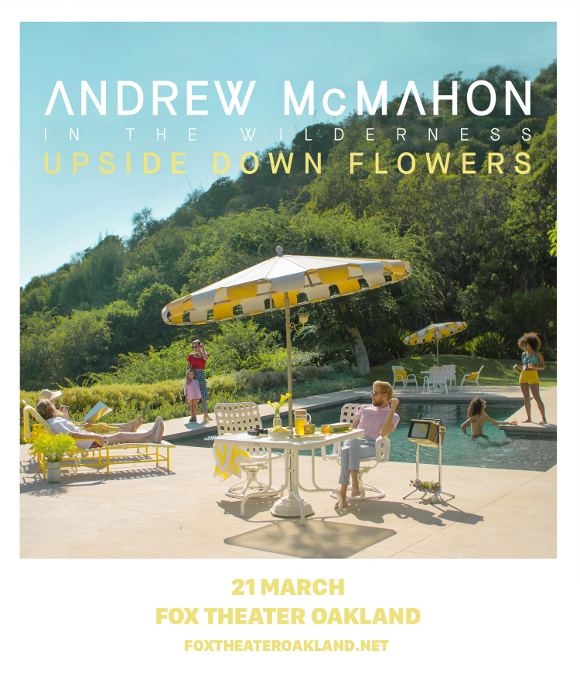 Originally leading the bands Something Corporate and Jack's Mannequin, indie pop and piano rock artist Andrew Ross McMahon released his first solo work “The Pop Underground” in 2013, followed by his first full-length, self-titled solo work one year later. Preceded by the single "Cecilia and the Satellite", the album received positive reviews from critics across the board. In 2017, he released “Zombies On Broadway,” showing greater diversity as a songwriter with a variety of genres influencing the album’s production. Again, it was received positively by critics, and charted in the top 50 of the Billboard 200 albums chart.

Now, Andrew McMahon is on tour with his brand new upcoming album, “Upside Down Flowers,” scheduled for release on November 16. Don’t miss out on your chance to catch him live – have you got your tickets yet?? Get ‘em before they go!!