Amanda Seales comes to Fox Theater Oakland on Saturday, 19th November 2022, as part of her “The Black Outside Again Tour”. The tour began in June this year and continues with upcoming performances in Minneapolis, Brooklyn, Atlanta, Houston and more. The tour wraps up on 4th December in Chicago, with the last four dates being recently added to her existing schedule. The comedian, actress and activist is widely known for turning serious topics into relatable, funny stories. Fans are looking forward to an incredible night of stand-up comedy with Amanda Seales on 19th November and if you’re one of them, you need to get your tickets right now. Hurry up, ticket demand is rising, and they could be sold out very soon! 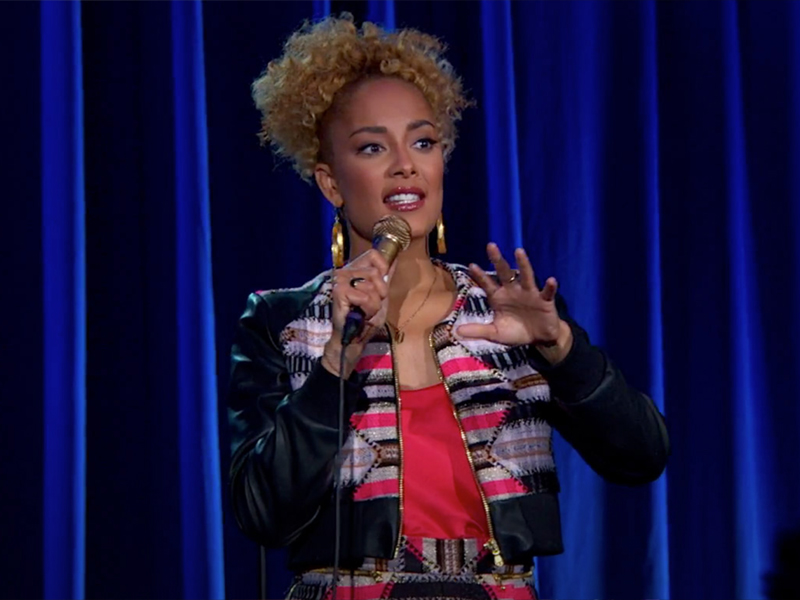 The comedian had to add additional dates to her existing schedule, owing to the increasing demand by her fans. Amanda Seales has a unique way of taking difficult, serious, prevalent issues and turning them into funny stories. She doesn’t want people to only laugh, she wants them to change for good. Her level of intellect, wit and creativity are all on the same page, as she combines these elements to give the audience an experience of a lifetime.
The American comedian, formerly known as Amanda Diva, began her career in 2017 with a HBO comedy series, Insecure. Two years later, she released her debut stand-up comedy special with HBO, “I Be Knowin”. The special became a massive hit and Seales than launched a new comedy show, Smart Funny & Black which celebrated Black history, culture and experience. She has always remained an active member of society, speaking out against major issues and sometimes landing herself into controversies as well. Her unapologetic demeanour and undeniable wit are what the fans love about her and if you’re in for a hilarious yet woke night of stand-up comedy, make sure you get your tickets ASAP to her 19th November event at Fox Theater Oakland.